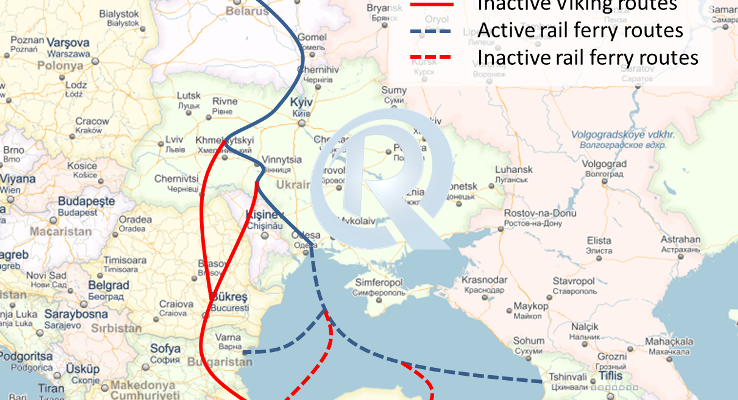 With the MoU between Turkey and Lithuania Railways in 2013, containers of Viking Train were expected to be transported to Turkey, Middle East and Central Asia.

In the same year, Balo had become one of the operators of Viking Train in Turkey. It was announced that Balo will collect containers at Tekirdag and take to Baltic countries and North Europe by Viking Train beginning with August 2014.

But these attemps have not been sufficient enough to create a regular traffic between Turkey and Baltic Sea. There are a few reasons that this will not change in short term like, Samsun will be disconnected to national rail network for 2 years, railway to Iran has restrictions, Baku-Tbilisi-Kars railway project has not been completed yet.

Last week, with the target of supporting Viking Train, railway operators of Ukrain, Kazakhstan, Azerbaijan and Georgia had come together at Odesa. The possible share that Viking Train can take from the China-Europe traffic was the main subject in the meeting, and operators were agreed to apply special tariff for this corridor. New tariffs will be announced in 2 months.

Kazakhstan, which is controlling an important portion of China-Europe rail traffic, has just announced building of the biggest container terminal in Klaipeda. This will surely empower the expansion of Viking Train towards Caucasus Region. This will be the first alternative rail route between China and Europe bypassing Russia.

If succeded, Turkey will stay out of transportation of goods between Central Asia and Baltic Countries by rail.