When will metro projects of Istanbul be commissioned?

A couple of decisions have been taken to speed up the metro projects of Istanbul.

The mayor of Istanbul Metropolitan Municipality, Mr Uysal stated that the metro projects spreaded to long term are increasing the costs a lot. Mayorship will overtake some duties like compulsory purchase and permissions which will speed up the projects.

The six metro projects are revised based on this idea and restarted.

Deadlines of some of the metro projects under construction have also been revised.

Here are the new deadlines of all 15 rail projects in Istanbul: 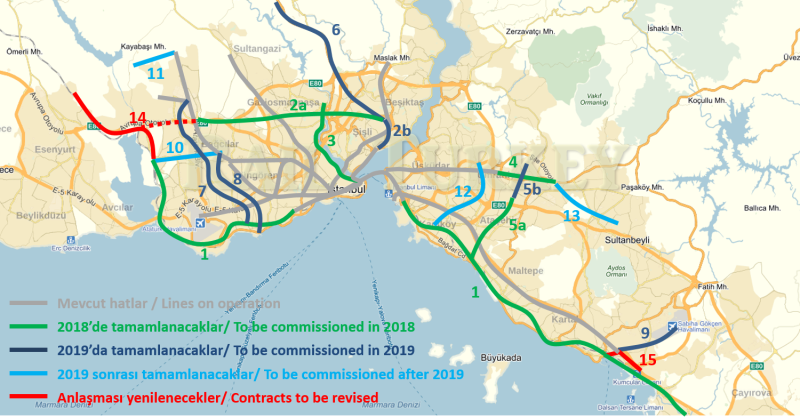 Marmaray (1) is the biggest rail project connecting Gebze to Halkali. The line will be commissioned in December 2018.

2nd phase of Uskudar-Cekmekoy metro, Yamanevler-Cekmekoy will be commissioned in June 2018.

Eminonu-Alibeykoy tram (3) will open this year.