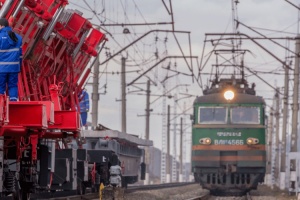 As Baku-Tblisi-Kars railway will be opened very soon, the questions is that if current load traffic via Poti Port will shift to this line or not.

Members of ECO decided to run a container train between Istanbul and Almaty in 2002..