There are some goods which have been requested additional assurance to transport on rail..

Information for passengers of Istanbul-Ankara HST 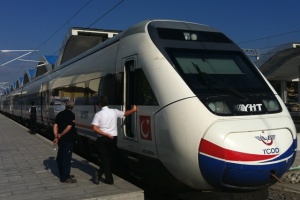 Here are some headlines from Railway Industry Report 2013 about passenger transportation..

Here are some headlines about freight from the Railway Industry Report 2013..

TCDD is going to make discount for transports to Iran.