In openings nobody trusts

Opening of ferry revised as 5th of September

The last announcement of TCDD, although not published officially, says that the ferry will start on 5th of September 2013. The further railway connection will be opened by that time as well. Can these be real?

The Marmaray Project, to connect Asia and Europe by rail, had its first trial run.

Top 500 leading industrial enterprises of Turkey is announced. Most of top 10 companies are either using or at least getting prepared of using raillways.

Winner of the Tupras tender for 100 tank wagons is Legios.

BDZ stopped accepting trains to Turkey coming from Europe. Here are the hardest frequently-asked questions nowadays, and most up-to-date answers..

IFB moved its container traffic from Cerkezkoy to Tekirdag Port.

Here’s the leading railcar owners in Turkey according to the TCDD’s 2012’s top customer list. 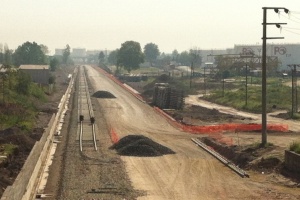 Turkish Ministry of Transportation announced the target of constructing 4000 km new conventional rail lines till 2023. Here’s the report or this target by Summer 2013:

Siemens Velaro will be the new high speed train sets of Turkey.

Baku Tbilisi Kars railway to be opened in 2014

The Baku-Tbilisi-Kars railway is told to be opened by the end of 2014.