The engineering works have restarted at Marmaray after three years.

The Marmaray project which citizens of Istanbul are waiting curiously and anxiously could not speed up yet.

Marmaray moving at a snail’s pace

Construction works at Marmaray, which almost stopped for last 2 years, had restarted, but is progressing very slowly.

When Marmaray will be completed?

When Marmaray project will be completed?

Why Marmaray rail cars are in depot?

A lot of Marmara rail cars are waiting at depots which recently caused discussions.. 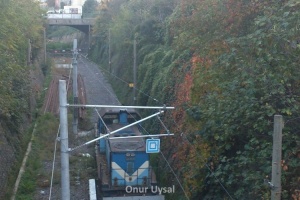 Is Marmaray project behind the schedule?