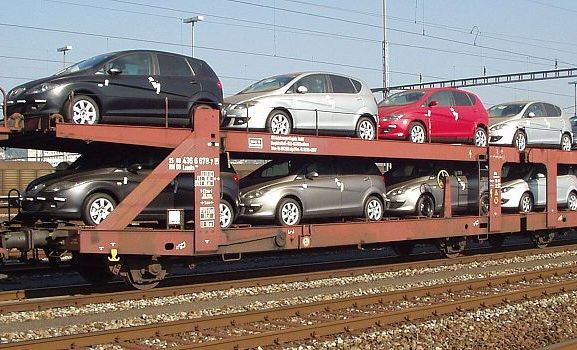 Automobile industry has start leading Turkish economy by 2000’s. The share of the industry has rised from 5% to 15% within “Top 500” in Turkey since 1980’s. Automotive companies has taken the place in the “top exporters” list.

However, there are signs showing that this growth will not continue so fast in following years. Since 2008, total number of production is almost same in Turkey. The most strongest competitor of Turkey in Europe region, Czech Republic, had increased the volume by 250000, that is more than 25% in the same period.

Czech Republic is using the advantage of better and cheaper connection with Europe where Turkey has better sea connection and more competetive suppliers.

But of course, everybody will tell the advantage of being closer to fast-growing markets than Czech Republic which is in the middle of Europe where growth has almost stopped. Is that so?

Let’s check the transportation modes again. Sea transport doesn’t help for surrounding countries except Russia, and Russia has good connections with Europe too. Furthermore, since connection between port and production/storage areas are based only on trucks except Ford Otosan, industry fails to decrease the costs by increasing the volume.

There’s no other “strong automotive industry” in region, so export by trucks means running loaded-empty, paying roundtrip, which takes away one wing of land transportation.

Domestic transportation costs have similar problems. Almost all production plants and distribution hubs are in Marmara region. All companies are using only trucks to anywhere in Turkey, and seems none of them has declared an alternative plan for the fast-growth of Eastern regions in the near future.

The plan, of course, should be the railways. Trains help taking advantage of high regular production volumes. Finished vehicle transportation from Mexico to USA is a good example to examine. Based on the sales assumptions in USA and the expectation of growth in production in its neighbour forced railway companies to invest. One after the other, rail providers published their investment plans. Both CSX and BNSF plan to spend millions of dollars for multi-level wagons and also for expanding distribution facilities.

Main solution with trucks? Still works for the time being. But critical question is this: Without the railways, in terms of cost, would it differ transporting 10 cars or 10000 cars to the same POD?