For the first domestic finished vehicle transport in Turkey by rail, car carriers of Greenbrier were used.

TCDD is getting prepared for carrying autos with the special wagon it produced last year.

Which automotive companies use railway in Turkey?

Hyundai cars to Turkey by train

Hyundai became the fifth brand to bring cars to Turkey by train..

BMWs to Turkey by rail

by Zafer Pelivan
BMW became the third car brand transported by rail to Turkey in 2014. 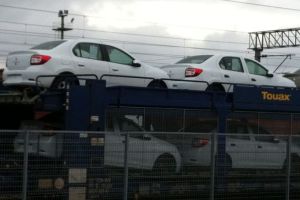 A few days ago, another train carrying finished vehicles had passed through Kapikule. This is the third train of car carriers, arrived to Turkey in February.