BMWs to Turkey by rail

Last month, hundreds of BMWs came to Turkey on rail. These 2 trains became the third brand, transported by train to Turkey in 2014.

BMWs, which are loaded to train in Roserberg, Germany had arrived to Turkey in 5 days. Until Kapikule, DB Schenker had done whole traction where in Turkey Borusan Logistics had organized the transport in cooperation with TCDD.

Transportation had been completed successfully as planned, only with delay in customs clearance process.

German BLG Logistics’ Laaers wagons used for transport. BLG has 1256 wagons, some of which are Laaers 700 with fixed height platform and others are Laaers 800 with changable height. These wagons can take 12 BMW-like sedan cars. Thus, a train with 17 wagons can cary 204 cars at the same time.

At the beginning of this year, first Skoda and then Renault had made trials by train to Turkey. 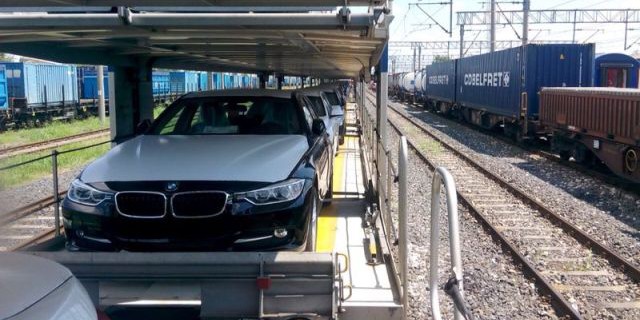