Eurasia Rail was held with almost 300 participants this year.

Another note should be the large booths of Turkish railway infrastructure companies, the leaders of newly growing railway industry in Turkey.

Here are some of the attractive booths from the Eurasia Rail 2014:

The wide range of rolling stock was presented in Alstom’s booth.  A model of Pendolino -now owned and developed by Alstom- was shown in the booth.

Bombardier was there to introduce its railway solutions including high speed train set Zefiro.

CAF had produced all of the 12 running high speed trains in Turkey.

CNR’s booth was like a Chinese railway terminal with lots of train models.

Durmazlar is the manufacturer of first Turkish tram, Silkworm.

Huawei, well known in communication industry was there too.

Metroray is a project company which took part in tram projects of Bursa and Gaziantep.

Niroo Rail, one of the biggest private operator of Iran was in fair.

Skoda, which supplied the trams of Konya was in the fair. 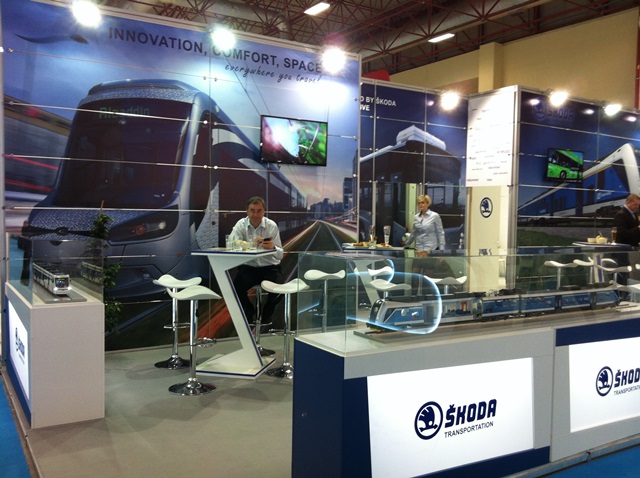 Tuvasas’s DMU set “Anadolu” presented in the fair too.

This site uses Akismet to reduce spam. Learn how your comment data is processed.