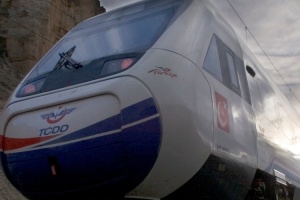 Who will participate 80 HST sets tender of TCDD?

TCDD will open a new tender for 80 HST sets soon and companies are getting prepared..

Traction with one loco to Turkey came true

Dream of bringing a full train with one loco upto Kapikule came true..

Trials of battery-powered train in UK may end up with a revolutionary development in railway transportation..

Eurasia Rail will be held on March 6-8, in Istanbul.