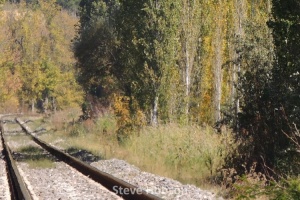 How green is railway?

Is railway really environmentally-friendly as imagined? Here are answers for common questions with comparative figures.

Too many unknowns in European traffic

Nowadays there are lots of foggy points about European traffic in Turkey that nobody can get a clear, official, in written answer. Here are the most frequently asked questions.

Baku Tbilisi Kars railway to be opened in 2014

The Baku-Tbilisi-Kars railway is told to be opened by the end of 2014.

Opening of ferry, closure of Halkali: New era for trains

TCDD announced closure of Halkali and opening of rail ferry service to Derince. The European rail traffic handled in Halkali will now be shared between Cerkezkoy, Corlu and Derince terminals.

Every player is now looking for the alternatives, and already started comparisons of terminals near İstanbul. Here are terminal Oscars of Rail Turkey.

The Bosphorus Tunnel, the dream project is counting the days.. Will only passengers pass through it, or the cargos as well?

The closing time of Halkalı is approaching.. Now, the questions is this: Which will replace Halkalı, Çerkezköy or Derince?

Asian and European side of Turkey is disconnected for more than a year by rail. And now it’s about to connect again..