8th of the 21 logistic centers of TCDD will be commissioned tomorrow.

Logistics centers in Turkey – Which is open?

There are 21 logistic centers by TCDD which are completed, under construction or planned in Turkey. 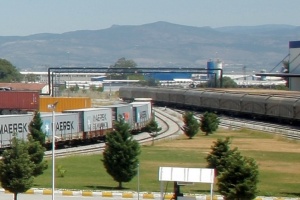 Terminals are the hearts of rail freight, playing an important role on the competitiveness of rail against other modals.

TCDD is working on two new freight terminals in Turkey’s one of the most important industrial region Gebze.

Rail freight terminals of Turkey are in Rail Turkey

What is the current status of logistic centers which are planned to be constructed by TCDD according to 2023 strategy of Transportation Ministry?