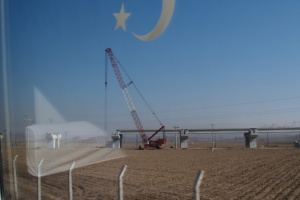 How will HST projects progress in 2019?

“High speed train projects” is one of the topics shown interest most in 2019 investments plans.

Arslan: Investments to speed up

While many keep eyes on Turkey after repelling the coup attemp and declaring “OHAL – state of emergency” for 3 months, Transport Minister Mr Ahmet Arslan made statements about the way that Turkey’ll follow.

No fund for these projects

The route of Kirikkale-Samsun high speed line is declared by Yuksel Proje, the company awarded for the preliminary analysis of the line.

All high speed lines of Turkey including already completed, under construction, planned or even declared..

The tender for 10 new high speed train sets was cancelled last month. Now what will happen?

Will huge investment fund of TCDD be sufficient for mega projects?

TCDD got the biggest share from investment funds of Government for state-owned enterprises for 2015-2017. Will that be sufficient for mega projects?