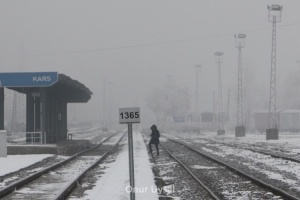 Why not Kars but Akhalkalaki?

The little city of Akhalkalaki of Georgia will play a critical role on the success of Baku Tbilisi Kars railway project which Turkey and Azerbaijan give such a big importance. But is this city the right choice? 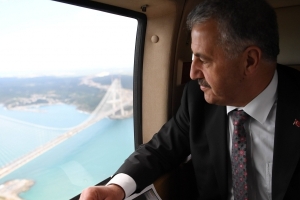 Arslan: Investments to speed up

While many keep eyes on Turkey after repelling the coup attemp and declaring “OHAL – state of emergency” for 3 months, Transport Minister Mr Ahmet Arslan made statements about the way that Turkey’ll follow.

No fund for these projects

Railway projects to kick off in 2016

Railway keeps an important space in investments of 2016.

Which projects will not be commissioned this year?

Projects to be commissioned this year

This year, TL 7 bn is allocated for railway investments. There are many railway projects in the investment program, and 5 of them is/will be commissioned this year:

Marmaray got the fund

TCDD slows down in construction of high speed lines after starting many of them at the same time.