62 exhibitors from Turkey in Innotrans

Tekirdag Derince ferry is on way

Tekirdag Derince ferry departed with its loads on Tuesday night from Tekirdag Port, and arrived to Derince Port yesterday. 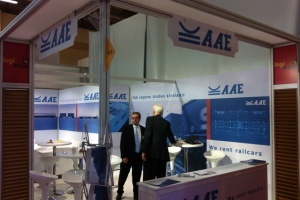 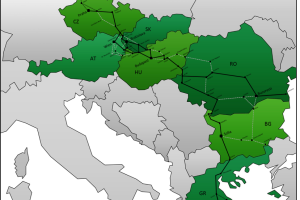 The Rail Freight Corridor No:7 (RFC-7), connecting Czech Republic to Romania and Greece, had started to operate this month.

15 “no more true” beliefs keeping away from railways

Companies keeping away from railways are not uncommon in Turkey. They may have fair reasons, but facts are changing quickly. Here are 15 reasons to keep away, and 15 answers to them.

Atfer several postpones, the Tekirdag Derince Ferry had done its first transport from Derince Port to Tekirdag Port with wagons on board yesterday.

The first phase of the Marmaray Project opened last week. Unfortunately with some problems. And those caused many discussions. Here’s a detailed summary of what happened, what’s claimed and what are the answers of the officers:

Chinese high speed trains are carrying almost twice as many passengers as the domestic airlines.

Turkish citizens voted for the “turquoise” as the new design of high speed trains.

Who are these readers that visited Rail Turkey more than 7000 times in first 6 months?

Rail Turkey is welcoming readers with its renewed face in its 6th month.

Talgo is selected for Cappadocia Express

Trains from Europe to stop at Edirne for one week

Electrification from Edirne to Adana