Uskudar is like the “ugly girl” of Istanbul edd

People will use trains if there is a reliable, user-friendly service Susie Johnston

Opening of ferry, closure of Halkali: New era for trains

TCDD announced closure of Halkali and opening of rail ferry service to Derince. The European rail traffic handled in Halkali will now be shared between Cerkezkoy, Corlu and Derince terminals. 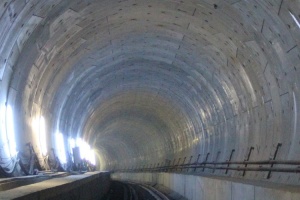 The dream of İstanbul for hundred years is about to come true. How much do we know about the project, and how much of that is true?

Pipes to Europe: Railway made it real

Turkish pipes have started to be used all over Europe. Railway redefined the competetion rules and supported pipe producers a lot.

Every player is now looking for the alternatives, and already started comparisons of terminals near İstanbul. Here are terminal Oscars of Rail Turkey.

Ekol Logistics, had big success with the combined service between Turkey and Germany by ROLA train. So is ROLA our future? Should we expect to see more and more trucks on rail?

Who will be the leader?

VTG announced an intention of merger of VTG and Kuehne + Nagel in rail logistics. Now the question in Turkey will be what will be the market shares of operators in Europe-Turkey conventional traffic after this merger.

Sivas HST will be ready by summer

Money will flow into metro projects

Cigli tram project at a glance

Where’s electrified, where will be?

Electric locos to be purchased, but which?